Having fun on a tough day

Our family was hit with some really rotten news at the end of July.  Anne had planned on driving to Utah to pick up the kids after having spent the month with grandpa and grandma.  Instead, she ended up having such severe stomach cramps that she sent Tom to Utah without her.  Half way through his drive, Tom got a call that Anne needed to go to the hospital  She was rushed to the hospital and Tom turned around and headed back to California.

By that Sunday, Anne was preparing for major surgery and had been transferred to UCLA.  They were running additional tests and were determining the next steps.  At this point there was no diagnosis but everyone was so worried about Anne, but we were trying really hard to be positive and keep the spirit light for the kids.  Instead, they were entertaining us.

The rat costumes continued for the next couple of days and they learned how to do cartwheels while holding on to each others' ankles.  We continued throughout the week to keep the spirits as high as possible. 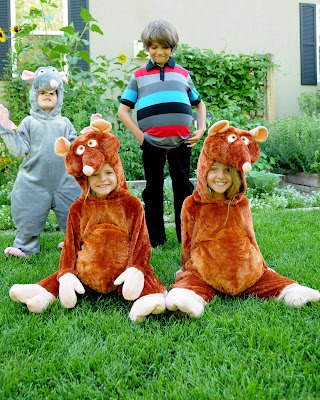 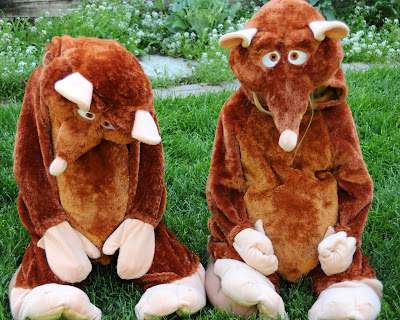 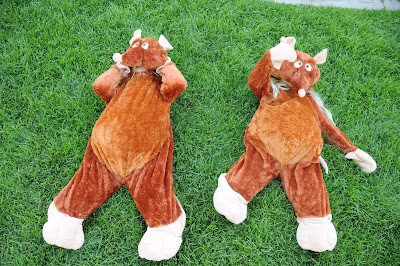