Saturday morning we headed out to the beach so Scott could try his hand at surfing. Anne's brother-in-law, Todd, used to compete. Lucky for Scott, he was able to join us and teach Scott a few pointers. 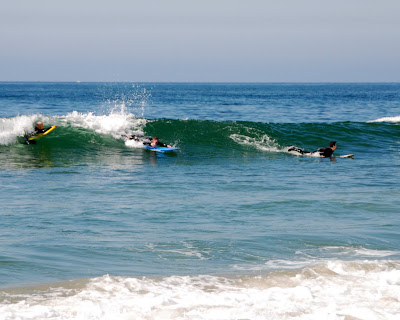 Here's the first wave that they tried to catch. Todd was the only one that caught it. 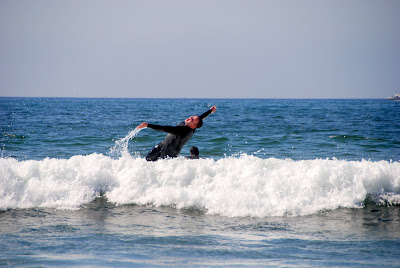 I love this picture. Todd was very impressed with Scott. He said that Scott listened to the pointers he gave him and then really went after it. He said that most beginners are very hesitant and don't really try and stand up on their first day. Next time we go down to visit Tom and family, we'll have to spend a few days just at the beach, surfing.

One of the things that happens when a beginner tries to stand up is that they fall. 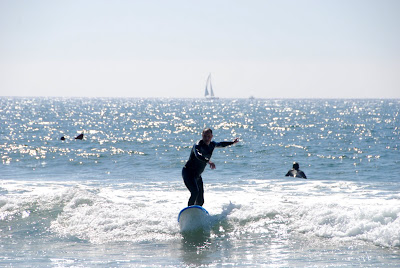 After an hour and a half of practicing, Scott got up. 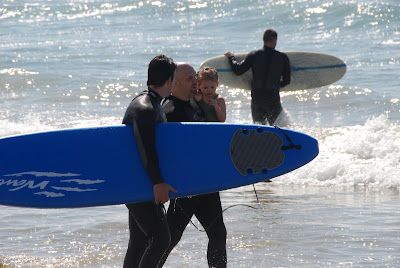 In this picture is Todd (with the blue board), Tom (with Ivy) and Scott (with the white board, heading back out).

Email ThisBlogThis!Share to TwitterShare to FacebookShare to Pinterest
Labels: Vacations