Dog Owners and Scott isn't the only Boy

I have always wanted a dog but have always told the girls we can't get one until I am a stay at home mom.  But, you and I both know that it is going to be a long time before I am a stay at home mom.  Even when I was a stay at home mom, I still contracted and was technically a work at home mom.
Finally, the stars aligned and it was time for us to become a dog family.  I am really very very excited about it and a little bit nervous.
My boss was telling me about how much safer he feels with his little yappy dog.  I didn't think much of what he was saying until he started talking about the FBI.  The FBI told the Smart Family that Elizabeth never would have been kidnapped if they had a house dog.  That was enough for me to at least talk to Scott about getting a dog.  And, as you can tell, from the title, it was compelling enough for Scott as well.
That night, I didn't sleep well at all.  I was nervous and had bad dreams.  The night was made worse when Ivy woke up at 2 and turned on her light.  She came and climbed in bed with me.  Five minutes later, her light (with two light bulbs) turned off.  For the next hour I stared at the hallway.  I finally got up to check things out.  Everything was okay, but I knew I needed to contact Carol at Songberries to find out when she was having another litter.
The next day, I checked out some of the blogs I read and saw one on Carol's site.  Guess what it was about? She had a litter and they were ready to be adopted!
We went up to see her the next day and picked out an adorable little boy.

Please allow me to introduce...
ZERO. 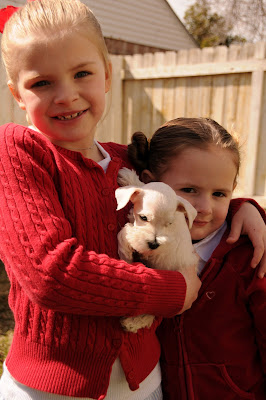 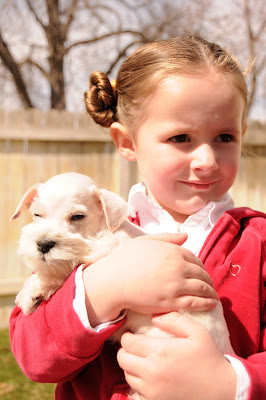 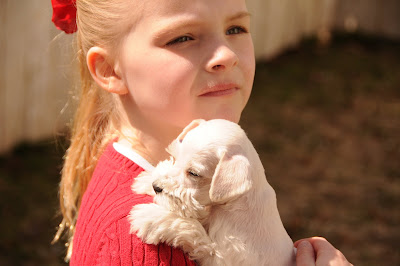 Here are his parents.  Aren't they pretty dogs?  They were super sweet and mellow.  Just what we need. 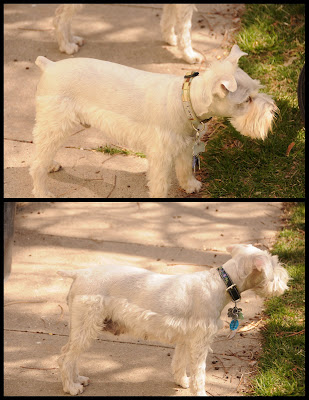 Congrats! My girls would be soooo jealous. How's training going? I have actually been tempted every now and then, but maybe after I have a few more kids. I had heard that Elizabeth Smart story before. Having my dad in the FBI, he totally agreed. We always had dogs for that reason. Maybe I need to rethink my disgust with animals! I will be watching your experience closely!

Are boy dogs supposed to be that cute? He's adorable!