The 4th of July

In the past, my family goes ALL OUT for the 4th of July, but this year we actually scaled it down a bit.  By scaled down, I mean we didn’t have a fierce competition with assigned teams and a trophy.  Instead we watched some of the World Cup, did a craft, had an adult volleyball tournament and my mom rented a great big blow up water slide.  We started the day later than we normally do, but I feel like we packed in just as much as every other year.  Only without the fierce competition.
The craft was a hit and the , blow up slide was a blast!  My sweet Jade felt really badly that we didn’t have the competition, because she is always on the team that wins.  Plus it brings everyone together and starts the party. 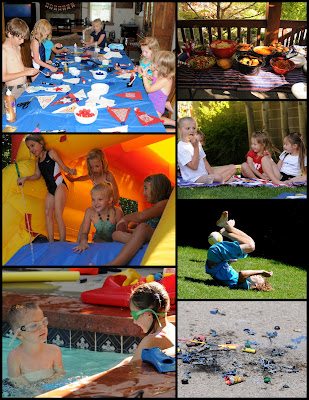 After the day activities, we gathered outside for the “Cul de sac of Fire”.  This year there were three bands.  The first was “Love-capades” and the second was “He and She”.  In between the bands was the children’s parade.  And a specialty dance number by “550 South Fire Girls”.  They were joined or rather replaced on stage by the hip hoppin cool guys of 550 South. 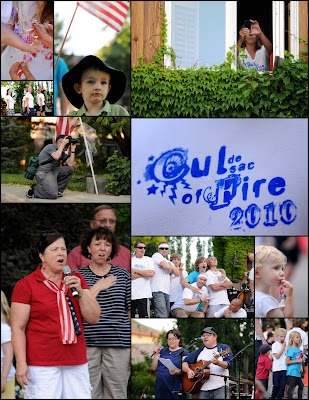 Finally the headliner show was ready to take the stage.  This year we welcomed “Ryan Shupe and the Rubberband” to our ever growing “cul de sac of fire- fire – fire”.  They did an absolutely awesome job.  The little girls danced and grooved to their music and even joined them on stage for a moment.  It was a lot of fun and I’m sure there is no chance of topping this year’s – EVER. 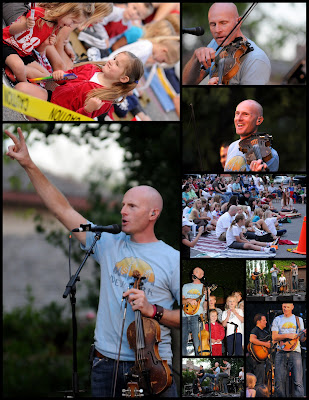 We ended the night with fireworks.  Ivy stepped on a sparkler so I missed most of the fireworks while I nursed her foot. 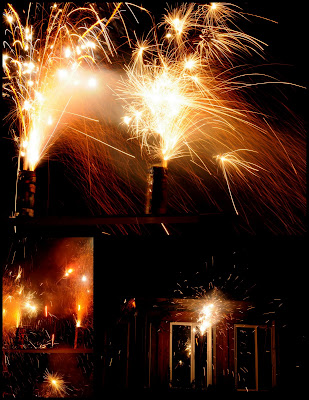