This year Jade is competing in Level 4. Last year as a Level 3, was her first year. She fell in love with the individual competition and often stressed about her scores. This year, she had even higher expectations for herself. It isn't about improving her own score, it is all about getting in the 9's across the board.
During her first meet of the season, she didn't get straight 9's. She missed her dismount on the beam and her floor routine was shakey. She was not thrilled with her performance. But, she did qualify to travel and that (I thought) would take some of the pressure off of her.
The night before the race she was a bit on edge. I wasn't sure what was going on until I sat down with her to make sense of it all. As it turned out, she was stressed about "what if?" she didn't get all blue ribbons (9's)? Hopefully she learned that getting straight 9's isn't the best goal but rather improving her score time after time. 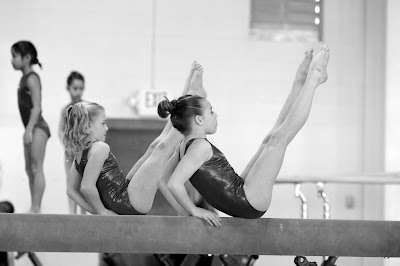 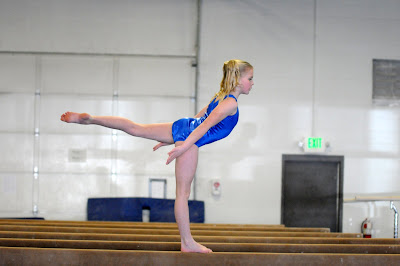 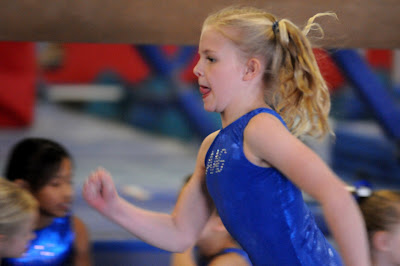