We will miss you Grandma E...

Edith Thorne Johnson greeted this world on April 28, 1917. She bid farewall shortly after midnight on February 9, 2010. 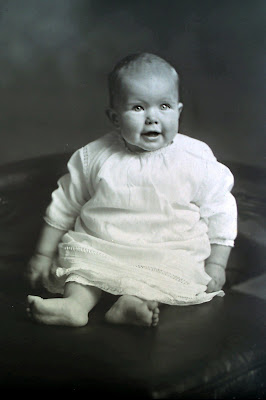 To share a little bit about her, here is her obituary... 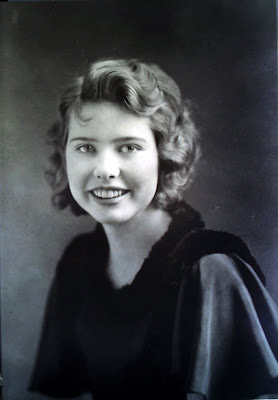 Our loving wife, mother, grandmother, great grandmother, sister and friend, Edith Thorne Johnson, 92, passed away peacefully on Tuesday, February 9, 2010 at Pioneer Care Center in Brigham City , Utah . She was born April 28, 1917 in Brigham City , Utah , a daughter of Henry L. and Oneta Johnson Thorne. Edith married J. Wayne Johnson on August 16, 1940 in the Salt Lake LDS Temple . She was a member of the Brigham City 9th Ward serving as a Relief Society teacher and officer and worked two years at the name extraction center. Edith served as a past captain of the Sunflower Camp of the Daughters of Utah Pioneers. She served as secretary and became an honorary member of the Civic Club. She was Brigham City Peach Queen in 1936 and was a Paul Harris Fellow with Rotary International Club. Edith worked for Knudson Produce Co. and secretary to the manager at Cahill Construction during the building of Bushnell Hospital during World War II. Edith designed the home that has been the center for family activities since 1958. She owned and operated Edith Johnson Interiors for 20 years. Edith's favorite hobby was her family. She also enjoyed crocheting, knitting, sewing, playing bridge and watching the Utah Jazz and BYU football. Surviving is her husband, Wayne, Brigham City; four children, John W. (Cynthia) Johnson DDS, Mesquite, NV; Dale T. (BJ) Johnson, North Ogden; Janet (Bob) Sanford, Brigham City; Dawn Marie (Rett) Ferrell, Edmond, OK; 17 grandchildren, 42 great grandchildren with two on the way; one great-great granddaughter and one sister, Helen Smith, Bountiful. She was preceded in death by her parents, three brothers and one sister. 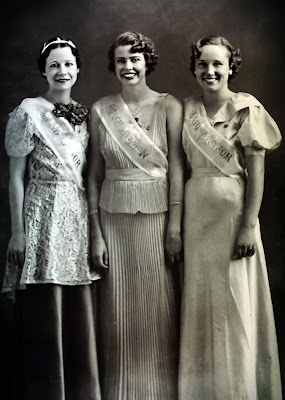 "Grandma E" was an amazing woman. I feel so blessed to have known her for the past 9 years. It was always fun visiting her and hearing stories of an earlier time. My favorite visit was last Christmas when we learned about her mom's involvement in the Golden Spike Annual Pageant. Because of that, we were able to watch Grandpa this past year perform. 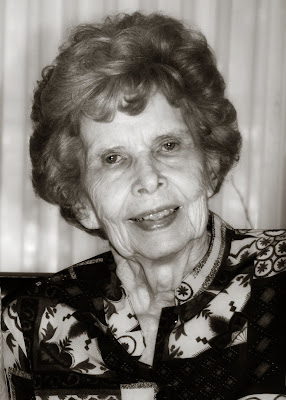 Grandma has been weak the whole time I have known her. I am so grateful she was well enough to come to our sealing at the Salt Lake Temple and that she was strong enough to have our girls develop a loving realationship with her over the years.
When we visited her a couple of weeks ago, Ivy kept giving her hugs and climbing on her lap. I'm sure it hurt Grandma, but she laughed and hugged her back.
About a week before she died, she was put into a care center. She fought it and it made her cranky. Unfortunately, Grandpa just couldn't take care of her in their home any longer. We had planned on taking the girls up to visit her on Sunday, but Scott had a head cold and we were told not to come. That night, she took a turn for the worse. By late evening, she wasn't responding. Scott and I went up without the girls on Monday. She opened her eyes for a moment when we told her that we loved her. Grandpa sat holding her hand and gave us hugs.
Later that night, her daughter- Dawn arrived from Oklahoma and her son- John arrived from Nevada. They joined Janet and Dale (her other son) at her bedside. The men gave her a blessing and just before midnight they left her to be alone with her sweetheart. She passed quietly with him holding her hand.
If you have seen the movie "UP", you will have a glimpse into Wayne and Edith's story. They met when they were in second grade (around 1925).
Shared by Amy on 2/15/2010 10:08:00 PM