I have never worried about Scott when he has gone down to the Sand Dunes to ride four wheelers.  I never worry about him doing anything crazy.  I do worry about what other people might do stupidly at the Sand Dunes.  But even then, I'm not as worried as I was the week before Mother's Day.  Scott went down to Lake Powell with a couple of friends.  They rode down on motorcycles.

I had nightmares,  I made sure I knew about the life insurance policies.  I was truly scared.  Again, not because I was worried about him but instead I was worried about other people not seeing him.  I was nervous the whole time, until he pulled around the corner of our street.

He's not wanting to run out and buy a motorcycle so that makes me happy.

He took some really pretty pictures of Lake Powell and he's ready for us to take a family trip down there as soon as we can fit it in. 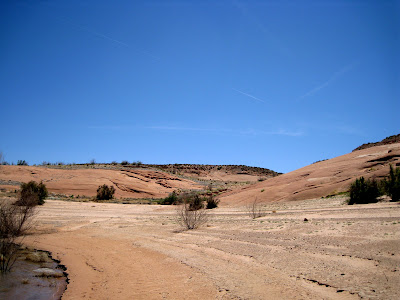 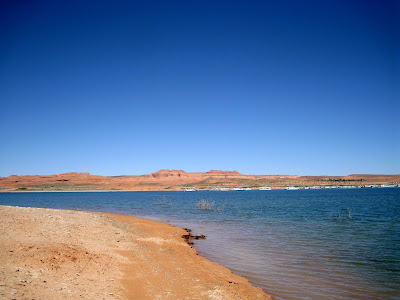 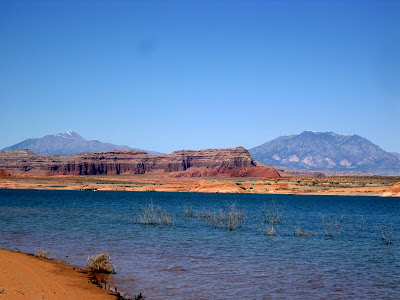 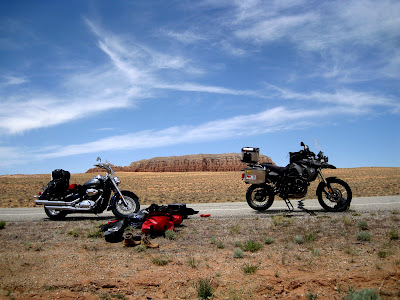 The last picture is when Mark's motorcycle broke down.  He ended up having to have his bike towed all the way home.  So the trip was not uneventful.(My fears weren't totally unfounded).
Shared by Amy on 5/24/2010 10:39:00 PM

Thanks for commenting on my blog. I am totally envious of your photog skills. I'm adding you to my list, and I'll be back to check on those cute kids of yours.
Lake Powell. Lucky.