I have been so happy with Jade's school teacher.  She has taken on some wonderful projects.  The greatest of which is was their first grade play.  It was just her class and it was only 10 minutes.  But it was so well done and so adorable.  She took on costumes, sets and had everyone memorize their lines.  Even the narrators.

The play was called "Cinderella Outgrew her Glass Slippers".  It was taken from a short plays book but I can't remember what it was called.  Anyway, the basic story behind this was that Cinderella wanted to go to Vet school, so she was making leather shoes to sell and save money for college.  The prince fell in love with her shoes and bought a lot of them and off she went to college.  Her 3 fairy godmothers ended up helping her step sisters find their princes. 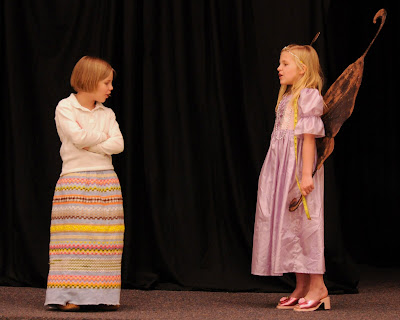 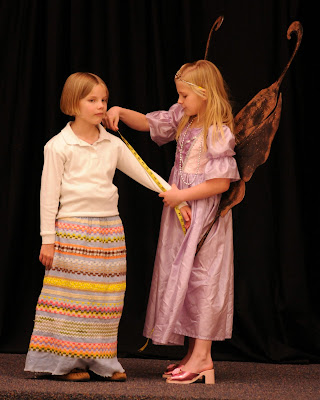 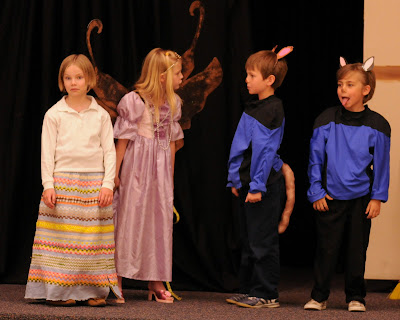 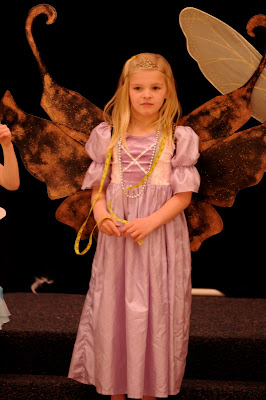