Jade has really been working very hard on her gymnastics lately.  She loves getting to do an individual competition.  And she's actually getting pretty darn good.  She'll never  be an amazing gymnast.  She's already pretty tall.  But she does have the muscle and the power to be pretty darn awesome.  Her best events are the beam and the bars, but she has improved a lot on the vault and the floor.

Her scores for her final level three meet were... 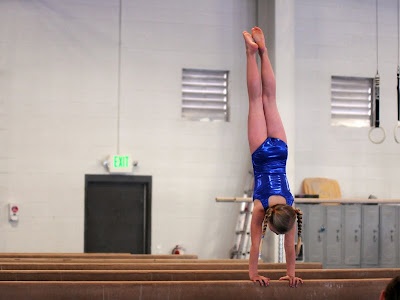 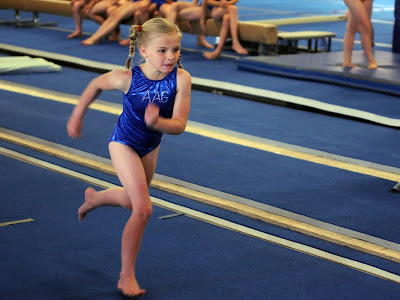 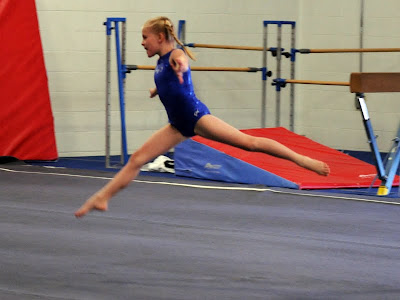 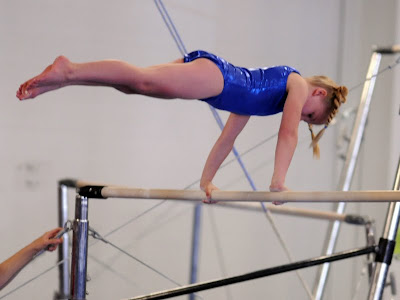 and her worst score was on the apparatus that she normally scores the best on; bar 8.95.  I thought she had actually done really well on it but instead got her worst score of the season.  Her coach was going to look into it and get back to me.  Unfortunately, her coach doesn't excel at following up with parents.  (I've sent an email asking about it since and have not gotten a response).  Jade was very discouraged with her score, and would have placed first or second if her score had been in line with her past bar scores.  Oh well.  Better luck next season.

Love the photos as well!