We woke up and the weather was amazing.  We had a busy day ahead of us, with Jade's last gymnastics meet.  But we so wanted to go on the boat.  We asked Jade if she wanted to go out and she was instantly worried about making it to her meet.  She has been working really hard and wanted to do well.  We assured her that she would not be late for it and that she would still get to compete.
Scott's sister's family was able to join us in the spur of the moment and we rushed out to the lake.  There actually was a bit more wind than we would have liked, but it was still very fun to get out on the boat. 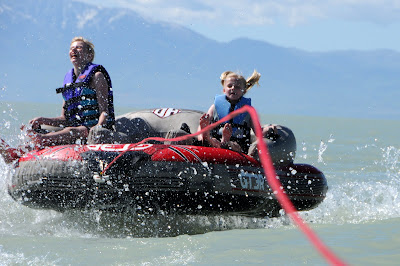 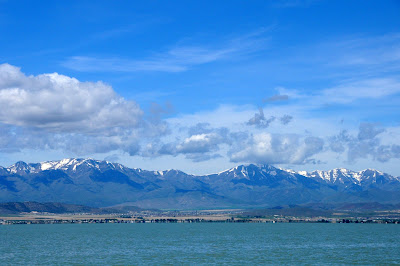 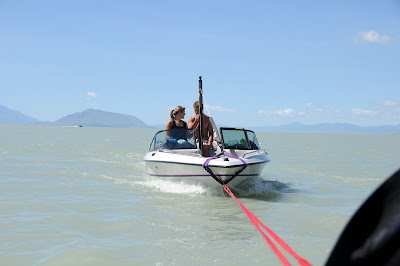 We had to go and meet Mike at the harbor (since he had been at work).  On our way back, we were waved down by a boat full of college students.  Their boat had died and no one was stopping to help them.  Scott did one of the things that made me fall in love with him.  He gave service and went above and beyond what could have been expected.  They asked for a jump, instead, he towed them to the harbor and then jumped them.  It wasn't their battery and they did eventually get it working.  But, I love that Scott showed the girls that it doesn't matter what you are doing, there is always time to serve others. 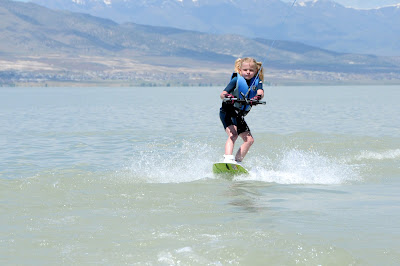 Once we took care of the college group, we went back out for a little bit longer.  Jade did a bit of wake boarding and then she and I headed home to get ready for her meet.  Scott stayed out longer with Ivy and his sister's family.  They continued to have fun, even though they tipped over the raft with sweet little Ivy on it.  Ivy rose to the occasion and was very proud of herself for doing so well with the wreck.
Shared by Unknown on 7/08/2010 10:37:00 PM