There are certain events throughout our lives that we remember exactly where we were and what we were doing the moment we heard the news. I think that the events of 9-11 fit into that category.
I was in Tahoe getting ready to go to a training. My mom called and told me I needed to turn on the news. The second plane had just crashed into the second tower. I sat and watched, dumbfounded. Memories rushing in of the month I lived in an apartment three blocks from the Twin Towers and worked across the street in the Financial Center Marriott. I sat thinking of the lunches we had at the mall under the towers and the quick stops on the main level to get Broadway tickets for half price. Shocked and stunned, I went about my day. Numb. Many of the people I was with in Tahoe had connections to someone that worked or lived near the World Trade Center. Below is a picture I took that morning...
Since 9-11, I can tell you what I have been doing almost every year since then. I haven't taken pictures of every year, but I have documented some of them. I have tried to make it just another day, but the truth is, each year I have shed tears for those families that lost loved ones and for the hope and faith that was lost that day. I'm sure that every year going forward, I will continue to think back to that day and will pray for those that are still suffering from their loss. Here is a link to a news channel in New York. 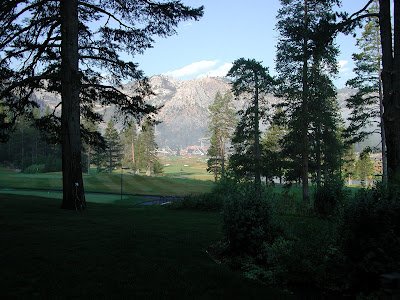 The morning of 9-11-01, Tahoe- we tried to stay focused on our work, but we were all unsuccessful. We rented cars and drove home the next day to our families.
In 2002, I worked and watched videos looking back at the year before. I talked to friends that I had spend 9-11 with and remembered the tragedy that we all felt.
In 2003, Scott and I were living in Kentucky. I spent the day with Jade. 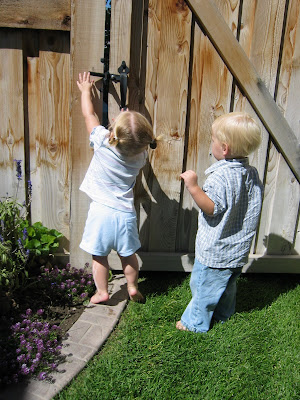 In 2004, Jade and I were visiting my parents in Utah. We were living in Kentucky at the time. 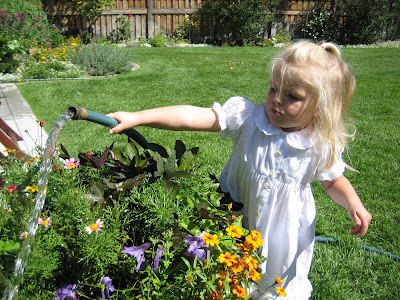 In 2005, I was put on bed rest with pre-term labor. Jade and I were in Utah and Scott was in Michigan. 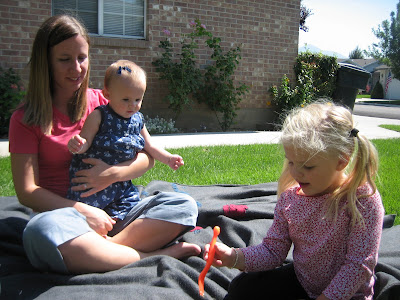 In 2006, we were living at my Grandparent's condo while our house was being built. Ashley was our nanny at the time. Now, she's a mom living in Tennessee.
In 2007, I was in Paris. They shut down the Subway for the day, so traffic was an absolute mess. The airports were all put on high alert. And everyone spoke of 9-11.
This year, I worked and spent some time with my girls and went to dinner with Scott and one of his V.P.'s.
Hopefully by 2011 I'll be able to explain to Jade what makes 9-11 significant to our lives and freedom.
(I just found this amazing photograph taken tonight from Susan Striplings kitchen window- She is an amazing photographer that I happened to come across through Google Reader. I've been following her blog ever since.)
Shared by Unknown on 9/11/2008 10:41:00 PM