This year, Jade decided to write a letter to Santa. She did all of this by herself, including gluing the bow on the front. She wanted to spell Christmas "C-H-R-I-S-M-A-S" because the T is silent- at least for her it is. 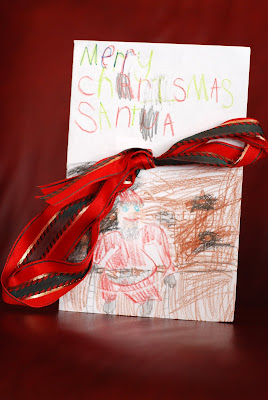 On the inside she drew and cut out snowmen. As Scott noted, Santa probably sees a lot of those since he lives at the North Pole. 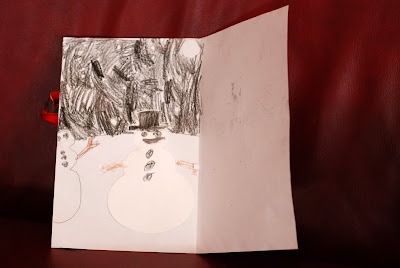 You will also notice that on the right side, there is no writing. I asked her if she wanted to tell Santa what she wants for Christmas. She answered, "No, if he knows when I've been bad or good, he knows what I want." I had no argument. She's absolutely right.

By the way, Jade does believe in Rudolph. Not because it is a fun story to believe in. Here is why she believes...

This is so cute. Jade demonstrates such good logic! I'm sure Santa appreciated her letter and certainly knew what to bring her!

This is so cute. Jade demonstrates such good logic! I'm sure Santa appreciated her letter and certainly knew what to bring her!