Eagles- Long Road out of Eden

For Mother's Day, Scott took me to the Eagles. I was so excited because I absolutely love going to concerts. Scott would rather listen to the CD and skip the songs he doesn't like.
On Friday, the day before the concert, Scott's cousin called and invited us to go. Scott wasn't sure what songs the Eagles played, but knew the company would be great, so he said yes. I was very excited and directed him to my iTunes library where he could find the newest Eagles' album and reminded him the "Hotel California" is by the Eagles.
Saturday we spent the day getting yard work done, and Scott helped out his sister and brother-in-law in their yard. Then we took the kids to my sister's house (she and Jon were so nice and let the kids have a "half sleep-over" and we'll watch their boys this weekend).
On our way up, we went by Downeast and scored Scott a pair of fancy butt jeans. He's down another jean size! Then we were off to the concert.
Ryan and Brianna were there waiting for us as we worked our way through the geriatric crowd. We easily made it to our seats and sat down to enjoy the show. Our seats were FANTASTIC. Not too far from the stage but far enough that we could see everything. Rio Tinto is a great concert venue, but I would not pay extra to be on the floor. The seats were small, close together and you had to stand the entire time. I was really impressed with the acoustics. We had a great time and Scott knew way more songs than he thought he would.
We took this cute picture of us and had a nice older lady two rows below us take the group picture. I took the pictures of the stage because this time, I was not going to be left without a camera- not after Coldplay!
We even managed to call Kat and Jon during Hotel California, so that they could here it LIVE. Kat told Jade that mommy and daddy were there and she said "they went to High School Musical?"- Um No. 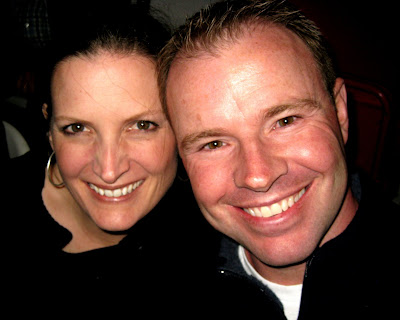 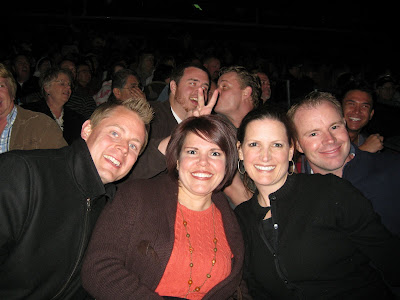 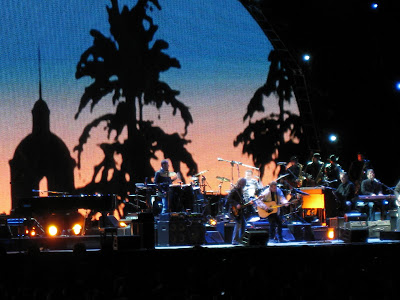 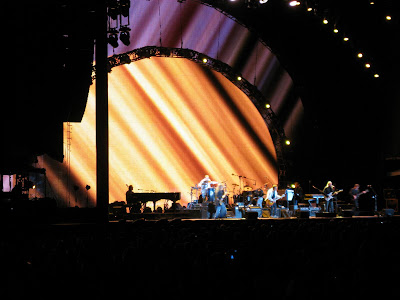 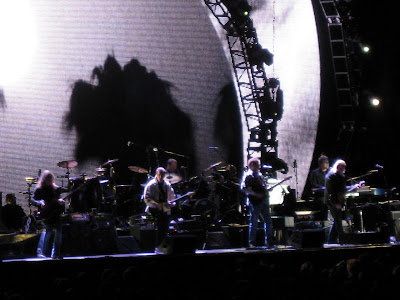 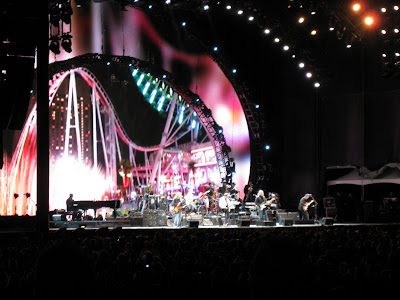