Friday morning, the Renaissance Charter School had their annual dance festival. The did it around a Spanish theme. Jade's grade started out the program by singing "It's a Small World" in Spanish. They were so adorable and I was really impressed that none of the kids seemed to have stage fright. Each grade did a Spanish dance. The ballroom team did really well for a school. It was too bad they didn't have more boys on the team.
The kindergartners concluded the program by doing the chicken dance in Spanish. The families were invited to join for a repeat performance of the chicken dance. 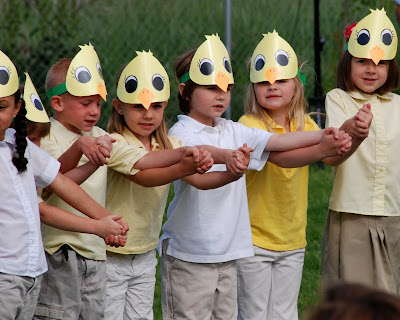 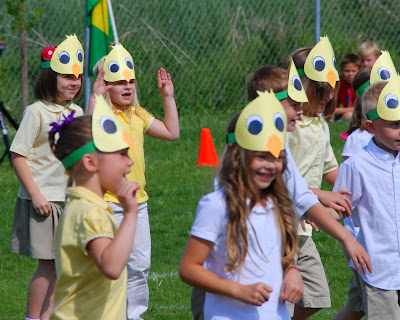 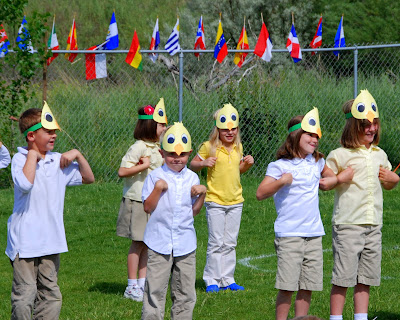 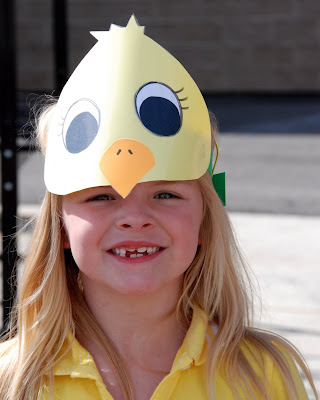 So, I have a question. Do most parents allow their kids to say "butt?" I ask, because we don't. We have our kids say "bum" or "fanny." When Jade's Spanish teacher translated the chicken dance from Spanish to English, she said "...so I shake my butt." I had to remind Jade, that we don't say that word. Do you feel "butt" is okay to say?
What are some of the words that you don't allow your kids to use or don't want to hear kids say?
Shared by Amy on 5/24/2009 10:23:00 PM

OH no... It's Bum at our house :) Cute Chicken hats by the way! We also don't let our kids say Stupid or Shut up and I really hate 'hate' too.

That's funny. My kids call that "the bad kind of bum." Our words are the same as above - shut up is "the sh-word", stupid is "your not supposed to say that", and add crap to the list (which is a hard one because I tend to say it... a lot). They take it so seriously, I love it!

We say a** at our house. Just kidding! Mike insists on 'bum' but I prefer 'booty' which he hates. We do let sexy pass because it is so cute to hear Evan say it.

you know it's bum with us too. but at least your little girl doesn't teach her friends horrible songs about yankee doodle and chocolate. :/