The girls had their first dance competition.  We had to be in Bountiful at 7:15 in the morning.  Which meant the girls talked about leaving their house in the "middle of the night" the whole drive.  In fact, we arrived at the school and it was still dark.  The "black mountains are awesome!" Ivy chimed through a large portion of the drive.  And Jade just couldn't believe we really left when it was still dark outside.

Once we got there, the girls got beautiful in their costumes.  And then they rehearsed, rehearsed and ran around being SO excited that they were going to be performing on the stage in such a short time. 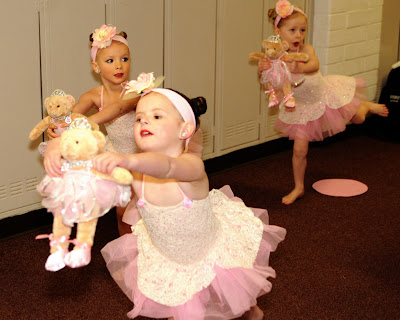 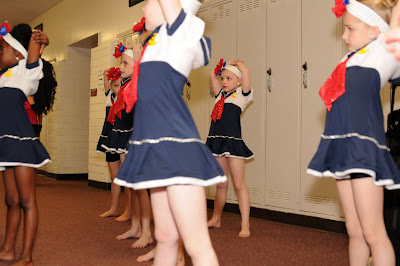 After their performance, they all sat on the stage to get their awards.  All three of Jade's numbers scored Rubies.  One of Ivy's got a Ruby but "Teddy Bear" got a Diamond. 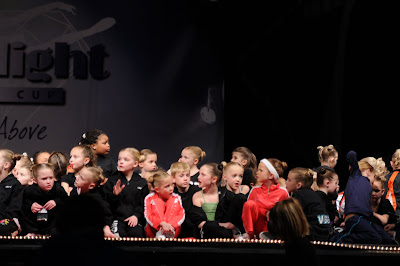 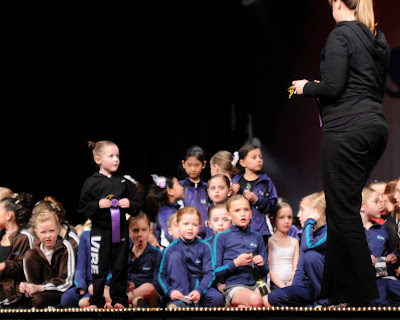 "Teddy Bear" also won "Cutest", first for their age group and second overall.  Granted, it was a "novice" competition and I think "Teddy Bear" won because they were SOOO cute in their little pink tutus.

They have about 4 more competitions this spring, so hopefully I'll have some good news to share about Jade's performances and more "Teddy Bear" wins.
Shared by Amy on 3/30/2010 10:13:00 PM