At the beginning of March, as many of you know, I launched my blog "The Family Trifecta."  It was an idea that Scott and I came up with together while driving home from California.  There was talk of him contributing and being a part of this Family Trifecta we were betting on.  Instead, we decided that I would just get it going and if it grew, then we could add the "Daddy's Ticket" later on.

I started posting on it several times a week.  From the research I had done, I did everything by the book.  I even set it up on WordPress instead of blogger.  I know there are a lot of "big bloggers" that still use blogger, but I wanted to have more control over it than blogger offered me.

As I embarked on this journey, I found out about the Casual Bloggers Conference.  Although I have blogged for years, here at Singing and Spinning.  I have done nothing to promote this blog, I have never considered building a readership and am always so surprised when I get comments.  So, I talked to Scott and told him what workshops there would be and what I thought I would get out of the conference.  He thought it sounded like a good thing for me to go to.  Especially because it was local and relatively inexpensive.   I quickly signed up (and was among the first 100 to sign up).

Finally it was time for the conference.  I had been talking about it for so long, I thought the day would never come.

I met Melissa there, because she was helping her friend at the Basa Body Opening Party.  She and I handed out pillows and collected blogger cards from everyone we met.  There were several women that I had admired from a far for as long as I have been blogging.  Some I met have since become some of my favorite reads.

The next day, I met Melissa for the general sessions.  She had to leave for a while and was sweet enough to bring me back lunch.  Regrettably, I hung to myself for the bulk of the conference.  It's not like I had planned on hanging to myself, but I'm shy and hate being rejected.  So, I didn't go to the big party that night.  Instead I went home and played with my little family.

Saturday was the last day of the conference.  It was amazing.  There were some break outs that I wish I would have gone to, but over all, I was happy with the ones I did attend.  (Again, hung by myself and didn't take my camera out very often).

Matt Townsend was AMAZINGLY funny and had some really great information.  In fact, I have pulled from my notes from his session more than anything else.  Only because his session was about relationships and that is something we work on at home, work, family gatherings, church and in friendships. 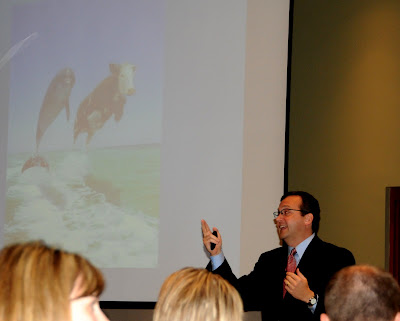 I loved the panel on "finding your voice" and loved getting to learn about two awesome bloggers.  Jessica Bern at "Bern this" and Kristina at "Pulsipher Predilections".  I now read both of them regularly. 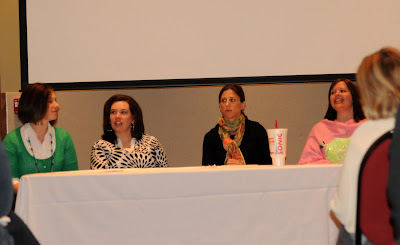 They had some amazing giveaways, but I didn't feel the giveaway method was the greatest and not because I didn't win anything.  Screamin Coupons was giving away an iPad.  In order to enter the iPad drawing, you had to sign up and then they gave you a ticket.  But that ticket went into one great big bucket of tickets from all the vendors.  So you didn't really have to participate to win their prize. 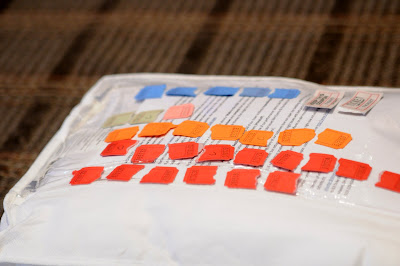 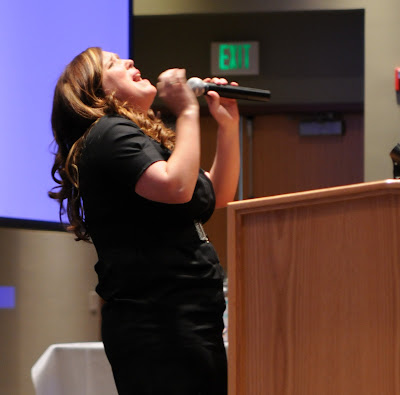 I really did learn a lot.  I learned about SEO from Sarah at Tech4Moms and how to make some money in Vanessa's (I Never Grew Up) workshop.  I also learned that the next time I go to one of these type of events, I will be more out going and I will go to the parties.  I will be confident and I will be prepared with things to talk about.
Shared by Unknown on 6/30/2010 11:14:00 PM