Night with the Galli Family

There are a lot of things about summer that our family loves.  But one of the ones we love the most is boating.
We got to go boating with another of our close family friends.  These friends have been Scott's friends for many many years before I came along.  And the friendship still fit after I did come along.
We headed out for a night on the boat and were put on hold due to a lovely flat tire.  Luckily I have a really handy husband who is always prepared for anything.  So we only had to stop long enough to eat our sandwiches in the care while he put on the spare.  I love having a husband that is so good at fixing things.
Once we finally got out on the water, we were able to just have fun.  The Galli kids tried wake boarding and skiing.  Jaxson was a natural.  Dan and Angela both did some wake boarding and were very impressive.  Jaxson got to surf with Scott and he thought it was pretty darn cool.
Jade hasn't been willing to do much in the way of wake boarding or skiing lately.  She says she's been a little scared.  We were able to convince her to take a few runs while we were out with the Gallis but she wasn't very happy about it.  (I'll tell you more later about what Scott has done to change her way of thinking). 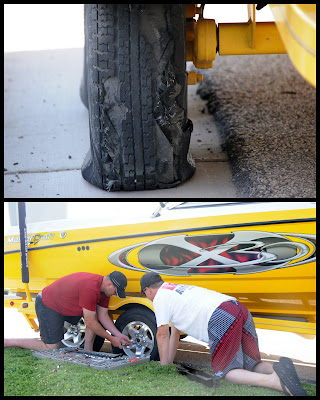 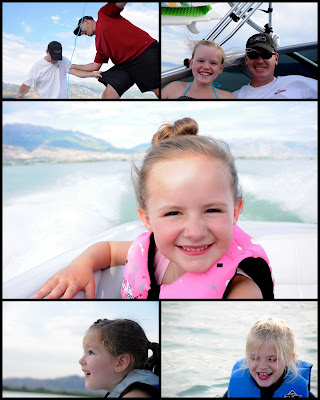 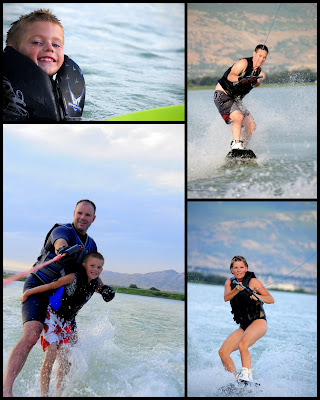 I REALLY wish we could come boating with you. My girls have never been and I can't even tell you how much I LOVE it!! Maybe one day.... and no, we are not moving anytime soon. The paint was just because. Miss you.