The only one that really was a problem was the rash on their faces from the life jackets.


We met up early in the morning with the other families so that we could all head out together to find a camp site.  There were 5 families (of which I knew 2 of them prior to our early morning meeting).  It took us a bit longer to get on the water than we had planned, but I got everyone from our group really cute t-shirts.  (Thanks Ang, for finding the one for Scott).

We found the campsite very quickly and everyone was very pleased with the location and the beach. We quickly set up camp and headed out for some playtime on the lake.

Jade decided to be a hotshot on the wake board and did a quick 180 without us realizing she was doing it until she was cruising along with her other foot forward.

While dinner was getting prepared (each family had a days worth of meals to prepare for everyone - a great way to do it), the men went out for a little bit of wake boarding.  (The boat is sitting so low because of the 3 extra ballasts to improve the wake). 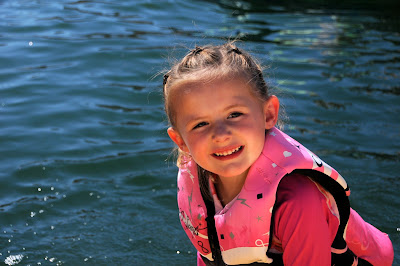 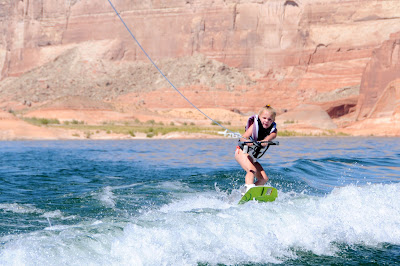 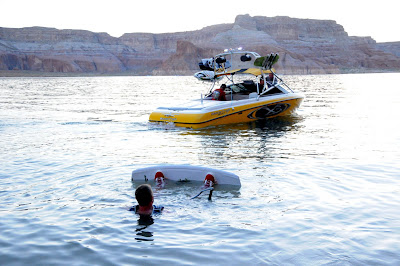 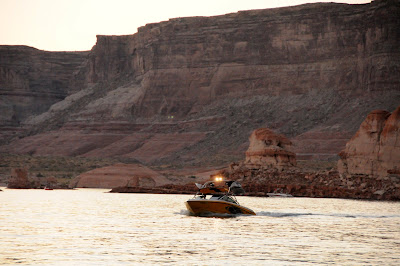