An Early Morning Ride with the Strattons

The weather was not good, the water was no smooth, the temperature was not high- but we had a lot of fun going out with Melissa and her little brother Josh. We went out so early, we left the girls in their pj's until they were ready to get in their wetsuits. Jade was a little disappointed that there weren't any other kids going, but she got over it when she realized it meant they were going to get a lot of attention.
Melissa is pretty good wake boarder, but the best wrecks came from her little brother. He did flips, barrel rolls and from the tube he actually flew. The last wreck was the one encouraged us to call it quits for the day. Josh was a bit sore and took some advil when he got home. 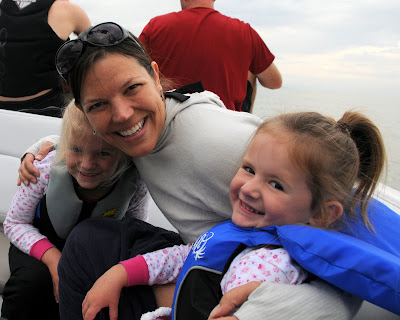 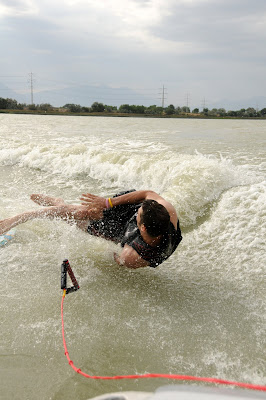 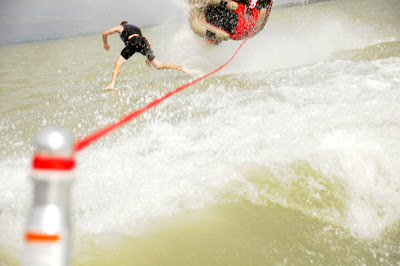 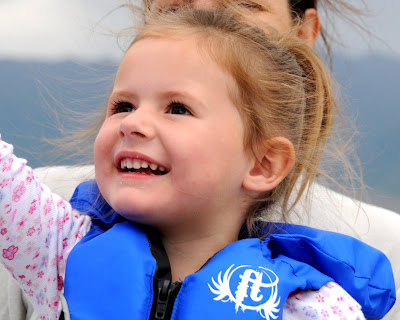 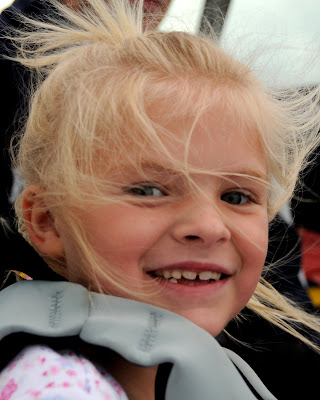 I love the big smiles from big and little girls.