We went boating with the Drapers

We had a lot of fun and the kids all got wet and giggled. Really, what more does a child need? 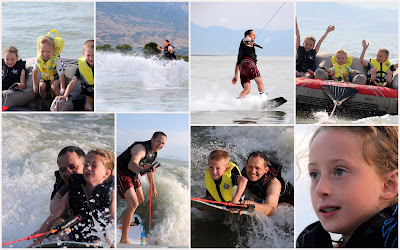 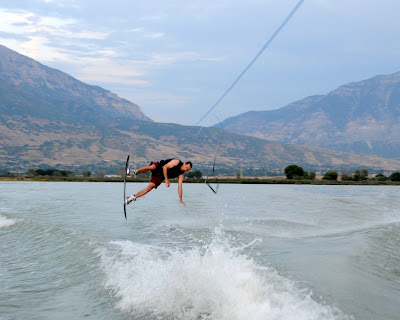 Cody did not land his jump across the wake- well, not that jump. He did land some of his other jumps but those weren't nearly as fun to capture on film as was his sideways landing. No worries, he wasn't hurt, but he was done for the night. 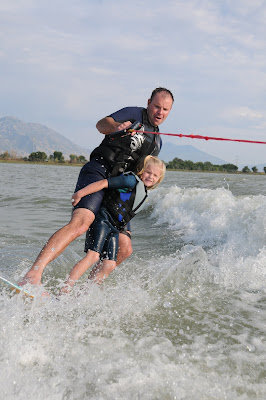 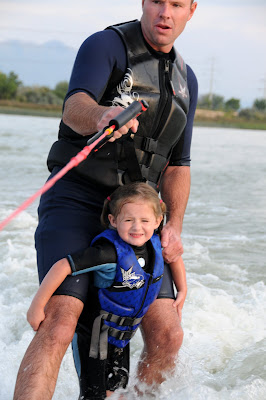 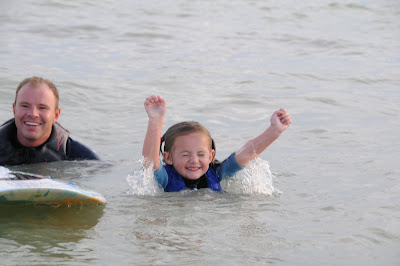 The girls each did a little bit of surfing. I was very surprised that Ivy wanted to give it a try but she promised me she would do it before the night ended. She tends to live up to her promises quite well. When she was finished she told Scott that she loved it but she "hated" the part when they went under the water. She was so proud of herself for doing it that she pumped her arms and chanted "I did it!"

She will prove me wrong one of these days and she will become an adventurer.

i am so glad you captured that victory celebration from ivy :)

Good job Ivy! That is a great picture. I am very impressed! So are you the driver?

I love the wipe out pictures! It would be fun to see more. The pics are really good.

Its So Very Cheri said...

Be sure to come by tonight around 9pm (Eastern time) for the announcement so you don't miss out. I promise-it good-really really good.
Cheri
Its So Very Cheri

Ivy's so cute! Glad she is getting more daring, she'll have so much fun.

I love that last photo of Ivy! There's nothing better than being proud of your accomplishment.