Every six months, we take a day, and go to Daniel's Summit Lodge for breakfast. Is it the best breakfast in Utah? No, but it is one of our favorite family activities. I confess, we used to do it on a Sunday. Now that I teach Sunday School, we don't have as many Sundays to steal away. (How honest is that? I could have just said, "We are trying much harder to keep the Sabbath Day holy," and that too would have been true, but we do feel that spending a Sunday as a family, away from our normal lives is times the best way to keep the Sabbath holy).
Back to the story... This year, since we were going on a Saturday, we decided to expand the invitation to some friends of ours. So, first thing in the morning, we got the girls all cute. Of course, it wasn't without drama- but in the end, both girls were dressed and ready to go. Then we headed up the mountain.
On our way, Scott's allergies started acting up and he'd forgotten to take his Zyrtec. So, we stopped at Walgreen's and our friends continued up the mountain. This meant we were a ways behind them. Now, our blue car has gone 140 mph on the autobahn. We know our car can go fast and handle well. Scott did not go fast up the canyon, but he did push it a little.
We were getting close to Deer Creek, the girls were coloring in the back and Jade says, "I'm starting to feel sick to my stomach." So, just like any other mom, I suggested they put their coloring away and watch the road until they felt better. Not 5 minutes later, we hear a "Blah" but not from Jade. Ivy sat there in her seat puking. Fortunately, all she had had that morning was a glass of water- so there was no stench or disgusting mess to clean up- just some clear goo and water. (Is that t.m.i.?)
Other than Ivy needing a potty break, we made it the rest of the way without incident. Of course, our friends beat us there by a considerable margin.
Daniel's Summit Lodge was yummy and we took some fun pictures. 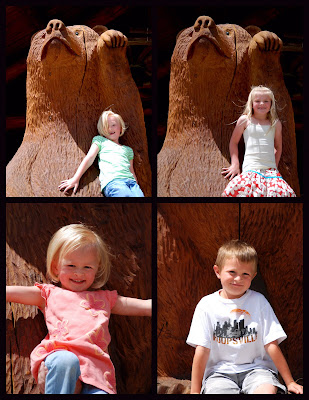 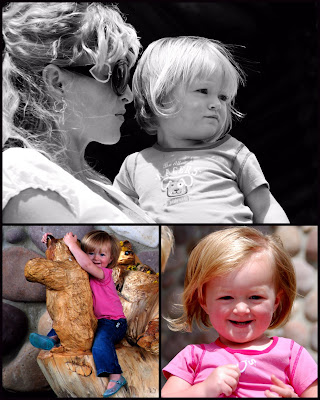 Then we were off to Strawberry Reservoir. This is where we have taken some of my favorite pictures of the girls. Unfortunately, the weather did not hold up long enough to get any good family pictures and spending time on the dock was cut short because all of the boats headed to shore before the storm hit. But, before the storm forced us away from the reservoir, the kids got in a little fishing. They managed to catch some weeds. Which is pretty much all we ever catch.

One of these weekends, we're going to have to find a real fisherman to take us to a lake so that the kids can see that there really are fish in these lakes, not just weeds. 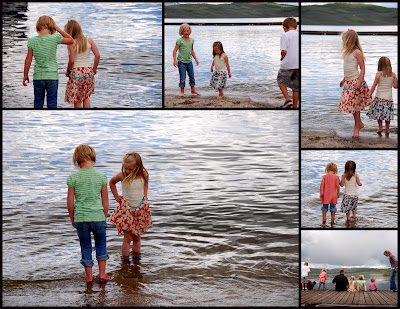 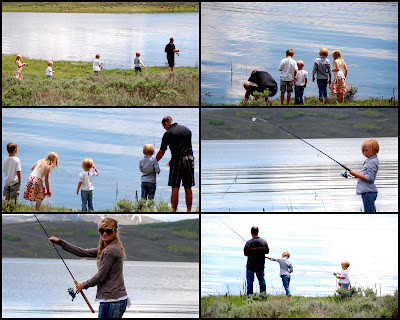 On the way home, we got stuck behind a really bad motorcycle accident on the freeway. While we were stopped, both girls dozed off from exhaustion. 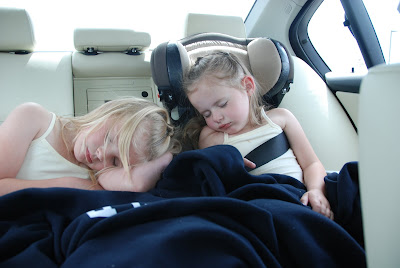