When our girls are sick...

Sometimes our girls both get sick on the same days. It doesn't happen very often, but when it does, we seize the day- as long as neither of them are rolling on the floor in pain or looking like they are really really sick.
This past Sunday was one of those days. Jade woke up with what would later be diagnosed as a sinus infection. Ivy woke up with a stomach ache. So we packed up the camera, the tripod and headed up to the canyon for some family pictures.
We had a wonderful drive up the canyon, only briefly interrupted by Ivy throwing up. The weather was beautiful and it was only cold while we were right on the lake. 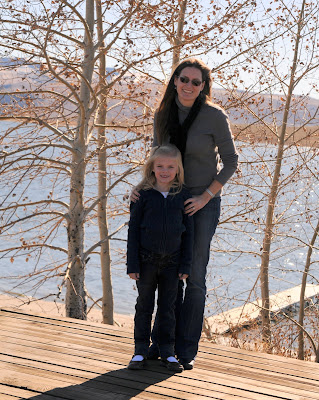 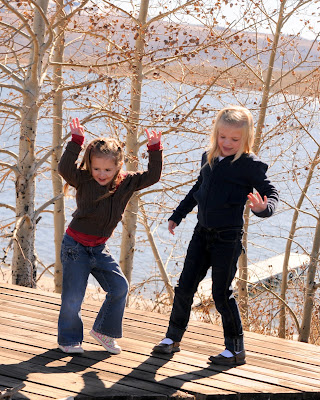 The girls had a blast dancing their hearts out to the Kidz Bop version of Blue (da ba bee). We had to listen to it multiple times after and have listened to it several times since we got home. 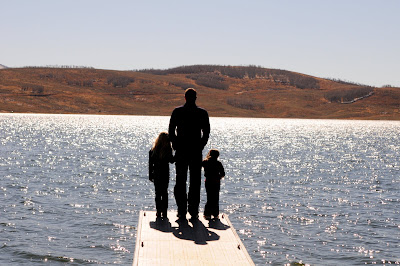 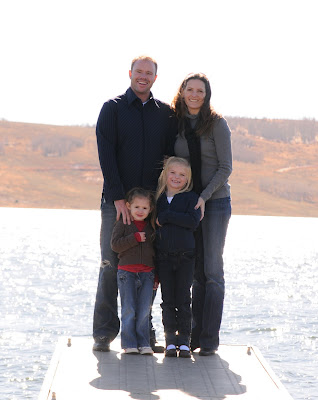 Those are fantastic pictures! Why do you opt to get photos when the girls are sick? Because they are out of school? Whatever the reason, the photos really did turn out wonderfully... :)

If we go when they are sick, Ivy doesn't pout about missing church and I don't feel guilty skipping out. :) Plus it's easier to keep them happy in the car and the mountains than whining on the couch watching Mickey Mouse Clubhouse or Pinky Dinky Doo. Thanks for commenting :)