Every year we go to one parade.  It is nearly always the Peach Day Parade.  We get up early and head straight to the spot that Grandpa Bob always saves for us.  This year Grandpa Wayne joined us.

We saw the Governor and the Peach Queens that I helped with their walking.  Then there was a horse that left a present along the parade path.  For some reason the "pooper scoopers" never came and cleaned it up.  So a funny clown planted a flower in it.  Everyone drove their floats or marched their bands around it.  It remained with the flower until nearly the very end of the parade.  Then some punk kid decided it was his place to de-flower it.  Why on earth he'd want the smelly flower was beyond me, but he took it and we were left with just a large pile for the remainder of the parade. 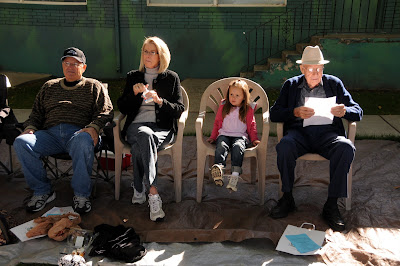 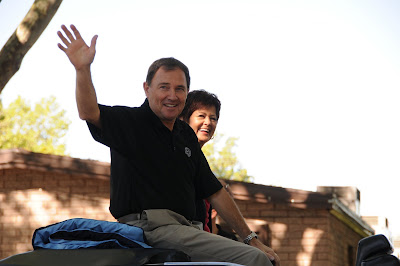 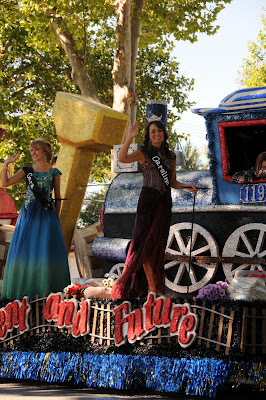 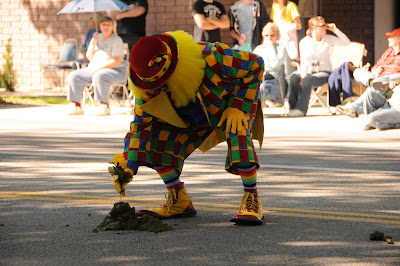