Second Ultrasound on my blog

It's official- Kat's having boy number three. I've decided that if you start out with two of one gender, you can count on the third being the same. Let's take a look at a small sampling of people... Tom and Anne started out with 3 boys, Cass and Dan have 3 girls, Em and Gav have 3 girls, my friends Jenny and Ivan are having their third girl. So, if we were to have a third, it would be a girl. I realize that it is only a small sample of the general population, but hey, it's at least a majority of our family. Trevor and Theresa are the exception- they had two boys and then got their girl. The other exception is Pete and Jen, but they have one of each.

Kat and boys, we're really excited to see this cute little boy. Congrats and best of all, he looks healthy and big! I think you should name him Thomas Scott James. 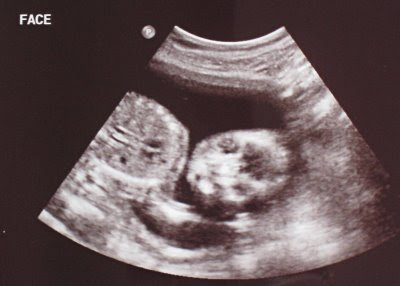 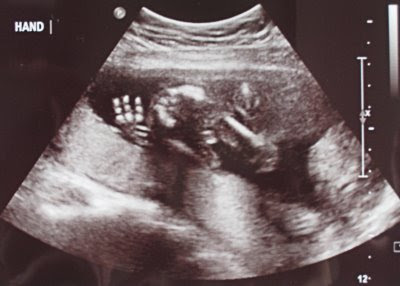 Email ThisBlogThis!Share to TwitterShare to FacebookShare to Pinterest
Labels: Cousins