What I've been missing...

Last Sunday we received an invitation to go up to Bear Lake with several families from Spry's side (Hottie didn't like his nickname). We were excited to go up and enjoy the boat, the mountain, the 4-wheelers and their beautiful cabin. As you may recall the events of this week, my foot put a bit of a wrench, or should we say "screwed" up the plans. On Monday, the doctor told me that we couldn't wait a week to do the surgery. He said I could go up to Bear Lake if I had the surgery on Tuesday, but not a chance if I waited until Thursday to do it. Looking at my schedule, Thursday made much better sense, but I knew how important this weekend trip was to Spry. So, I sucked it up and had the surgery the next day. We had planned on leaving on Friday, and that was about all I could gear myself up for. But Spry had been talking to his cousin and they were hoping to make Thursday work. I knew that Thursday was just out of the question for me, but I told him I'd see how I was feeling.

Wednesday night, I was still in an awful lot of pain and was taking two Oxycontin's every three hours with two Advil's every 4 hours. Nothing was taking the edge off the pain. Thankfully, Spry started to see that Thursday was not going to happen for me, and that Friday would be a stretch. He realized that there was nothing about this weekend that would be fun for me. My mom talked to him and offered to "take" me and Dives for the weekend so that he could go to the lake with Bug. I love Spry for saying okay. I know he really wanted me to go, but I'm so thankful that he understood that I would have been going only for him. And let's be honest, how much of a downer would I have been to the whole group?!?

Thursday night Spry came home from work and packed their stuff. Nanny put together all of Bug's stuff. They set off to the lake leaving me with my parents.

Friday morning, they got up early and headed out to the lake. The lake was so smooth. The sky was a bit grey still, from the storms the night before. Bug jumped in with Spry but decided it was WAY too cold. 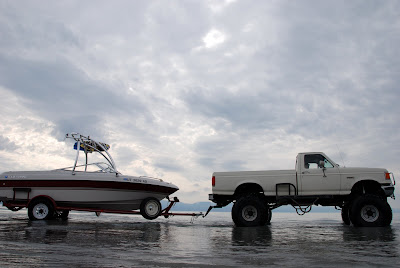 Because the lake is still pretty low, they have to drive the boat out a ways before they can take it off the trailer. They have this monster truck to help them get it out far enough. 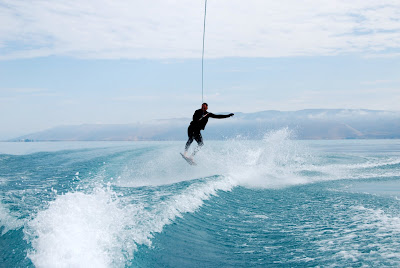 Spry tried to water skate. Although he is getting some air here, he didn't land it. 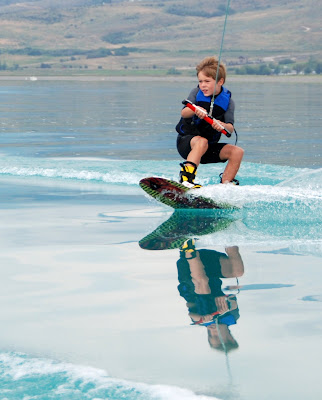 I love this picture of Gav. It shows how beautiful the lake was that morning. 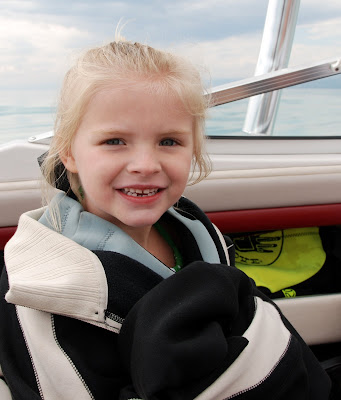 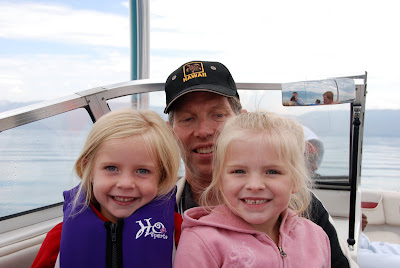 Here are Bug and Anya spending time with Uncle Dale on the boat. 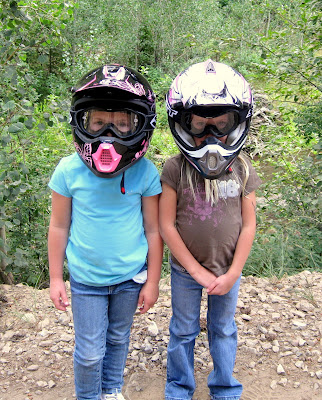 After they went out on the boat, they took the 4-wheelers for a ride. This was Bug's favorite part of the weekend because she got to "drive" with the help of Scott. 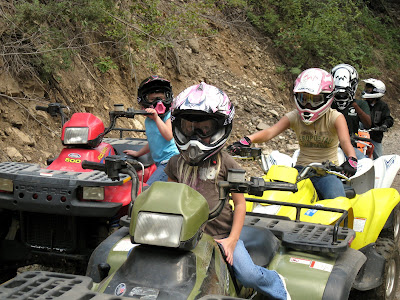 Below are some of the beautiful things they saw on their ride. 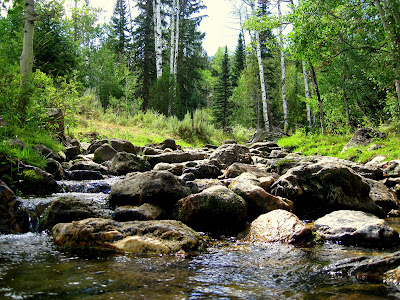 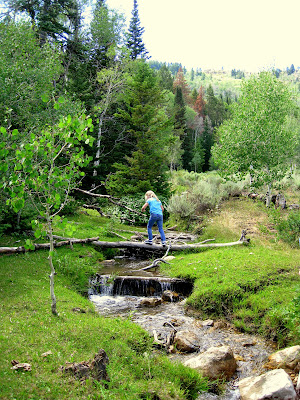 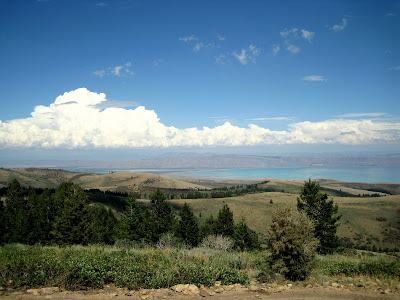 Is this in place of the previously used "Hottie" or did I miss a nickname?

Yup- Hottie was replaced by Spry. I'm guessing he'll be happier with that. ;)

sweet, it is always so much fun to be with family, on the water or 4wheeling!