Characters, everyone of them...

During my day off, we got to go swimming and my Uncle's house. It's one of the favorite summer time activities. The kids dove off the side of the pool, got thrown across the pool by uncle Tom and made silly faces.
Our family is interesting in many ways. But, the one to focus during this post is the adventuresome girls our family has, and the not so adventuresome boys.
When Dax and Mac were little, they would refer to themselves as "Inside Boys" whenever there was a choice between video games or a hike. In fact, their first choice was always something indoors. Luke and Kieran are a little that way as well. We're still waiting to see how Harrison and Zac end up. Jade and Asher, are total opposites. Sure, they'll play dress-ups, webkins or watch a movie, but their first choice is to be outside.
These traits carry over into how they enjoy the pool. Jade and Asher go straight to the edge of the pool for dives and flips. The boys like to swim around and play on the floaties. 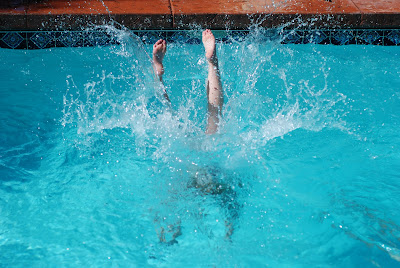 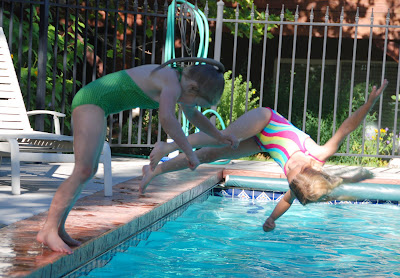 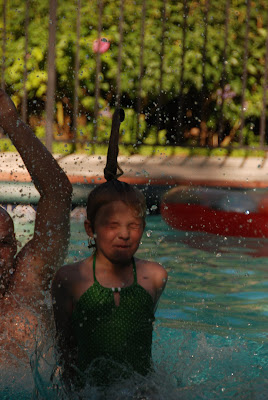 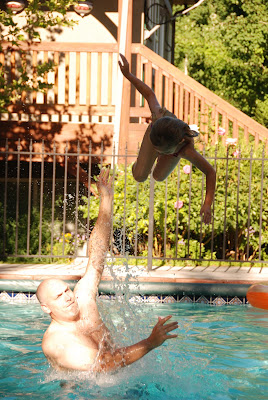 Jade and Asher will beg to be thrown over and over and over again. The boys are content to get a few throws in and they are off doing something else again. They'll return for the last call jump, but don't typically beg for more. The girls have a "last one" 4 or 5 times before Tom's arms just give up.

Ivy is more like the boys in the pool than the girls. She'll giggle when she's being tossed around, but she is content with a few throws. Oh, and her throws can't land her in the water, you have to catch her. 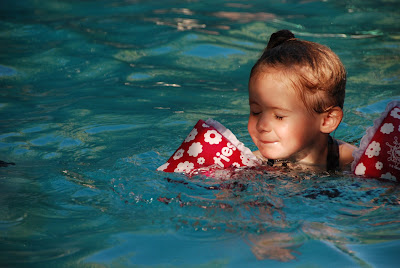 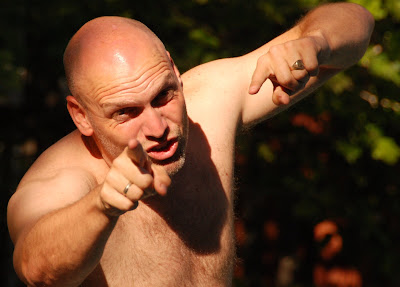 The girls get a lot of their character from Tom's genes. (I also give the majority of Jade's fearlessness to Scott). Tom has always done things BIG. If he agrees to do something, you can count on it being bigger than life and fantastic. I love that about him, but wish I could just get a normal picture of him. I loved having my brother and his family in town for the summer. I wish the summer would never end. 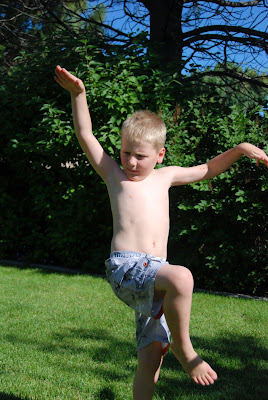 To end, I wanted to show a little bit of the boys characters. I'm not sure what "power" Lukie is channeling but he does it with a funny accent and his leg up. It might be "fire power" but I'm not really sure. The accent is a difficult one to interpret.
Funny little characters, I tell ya.

How fun!! You're blog is super cute!