I have so much that I want to say about the Depeche Mode concert, but I just don't know where to start.


Oh the shock, oh the people in the audience, oh the dancing, oh the memories and did I say, "oh the shock"? I'll say it again, OH THE SHOCK!!

The first shock of the night was how many girls were there that forgot to wear the bottoms of their outfits. There were a number of girls in cute tunic tops, but that was all that they had on. One girl was showing her very minimalist lace underwear with her short tunic. Sigh. What would their mothers think? But, it did spark one of the best comments of the night.

Mel: I hate it when I leave home and forget my pants...
Amy: and my cellulite cream.

Truly not a pretty site.

Now a few words about the concert... It is awesome that Depeche Mode knows what made them famous and they aren't afraid to return to that place in their concerts. I loved hearing a bunch of their old music, remembering junior high and high school dances, mix tapes, friends etc. I did find it funny that they are still wearing their same clothes from the 80's- including Martin's silver suit. Dave's vest without a shirt brought memories back of an old friend I ran into after my mission at a dance club- he was dressed then (in 94) just like Dave was dressed in 2009. It was also entertaining to watch Dave be so in love with his own fanny. If I'm not mistaken, he had his back to the audience, shaking his little fanny more than he was facing the front. His dance moves resembled those of a Latin dancer- which surprised me a bit. Maybe, Jade can do a Latin ballroom number (when she gets much older) to a Depeche Mode song. Or maybe they could do one on So You Think You Can Dance.

I am not in love with the sound system at the E Center- but maybe it is just because I'm getting OLD.

I really enjoyed their choice of backgrounds for most of their songs. Strange Love would be the MAJOR exception to that. It was during their first encore when they played Strange Love. For some reason, they decided to have a two girl soft porn video going. I was very glad I had a large beam covering part of the screen, because one of the girls removed her shirt. I wasn't confident I was seeing what I thought I was seeing, until a friend of mine confirmed my suspicions. CRAZY! There were an awful lot of kids there to have that video being displayed on a GIANT screen. As you can guess, that was the major SHOCK of the night.
Mel and I left before the 2nd encore. I struggle with waiting for 8 plus minutes while the band either strokes their ego or goes to the restroom while we stand and clap. That wasn't really why we left, but it contributed. We were tired and we are old so just after 11 we decided to call it a night. Plus we avoided the post concert traffic and parking lot scene.
It's so wonderful to have a concert buddy and to have a husband who likes me having a concert buddy. So, thanks Scott for supporting us in our girls night out, and thanks Mel for another very fun night and a yummy home cooked meal. 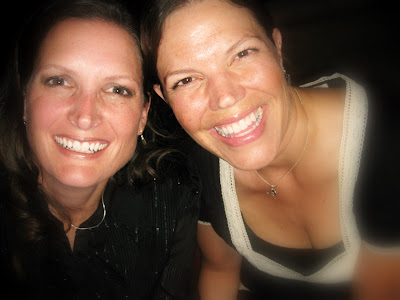 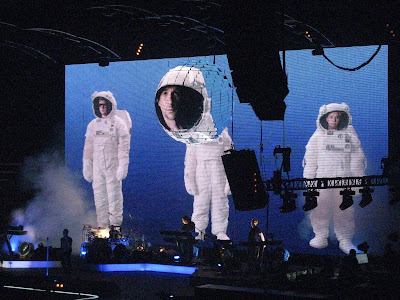 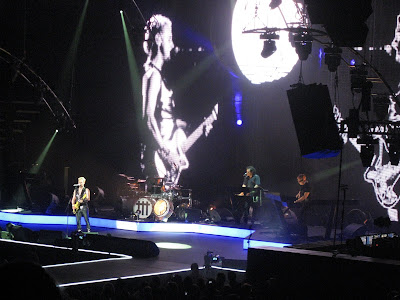 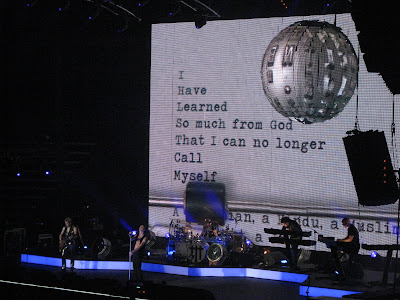 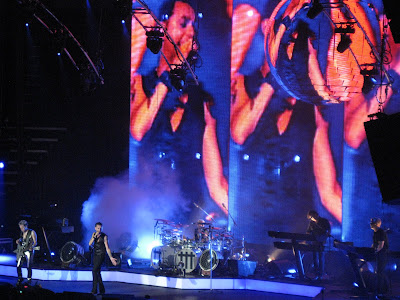