The UVU Wolverines half time show turned into a family affair. 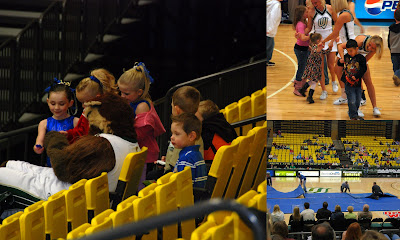 Jade had fun following around the Wolverine. I don't think he's ever had so many cute little girls following him around.
Just before half time, the cheerleaders asked the audience if they would volunteer for the chicken dance. Ivy got very excited and followed the cheerleaders down to the court. I couldn't get a good picture of her because other kids were always in front of her, but she was pretty darn adorable. When it was over, she was beaming and came running back to us.
Several of the dads set up the mats for the girls' performance. So, I was the only one of our little foursome that didn't participate one way or the other. 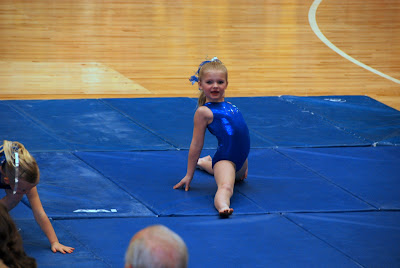 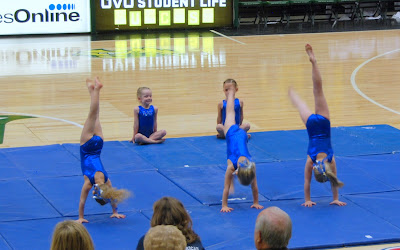 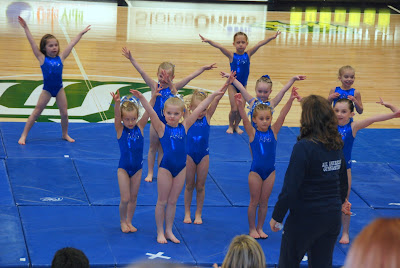 Jade and the other girls did a great job. I really think they all did better during half time than they did during the Candy Cane Classic. They all had big smiles and no one was shy. I was so proud of Jade for focusing, smiling and doing her best.

Email ThisBlogThis!Share to TwitterShare to FacebookShare to Pinterest
Labels: Gymnastics

I can't believe how much they perform! At half-times too! She must be getting really good!

Hey... I see my little niece Brynlee dancing along with Jade. I didn't know they were in the same dance class!!!