Each does the beach his own way

The men, and Dax (who is quickly becoming a man) did a bit of surfing in the really cold water. 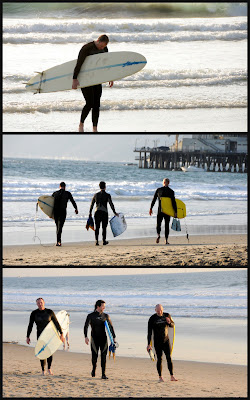 The kids, except Ivy, played in the water and sand. 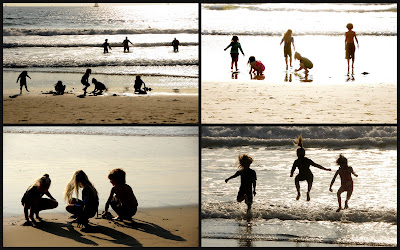 The tourists stopped and took pictures of the cute little blondies playing in the sand. Yes- true story. They had 4 different cameras going and each of them got down on the our girls' level. I was dying laughing but HAD to make sure I captured the moment. For Asher, it was a flash back to her time traveling around the world. 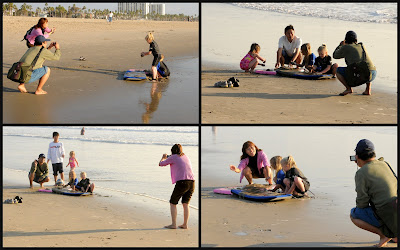 Ivy eventually warmed up to the sand, but by then it was time to go home. 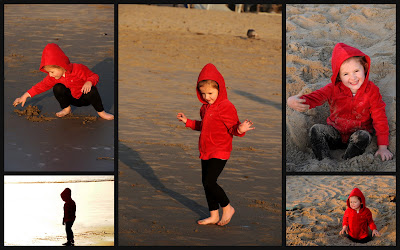 Mac dug a hole as deep as his leg is long. It was an impressive hole and one that inspired the girls to try digging their own.

Jade danced and tumbled in the water. Of course she leaps and cartwheels where ever there is room. 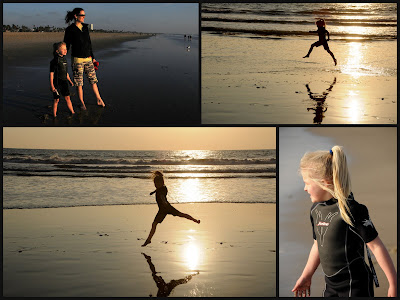 Everyone enjoyed their time at the beach, doing what makes them happiest. 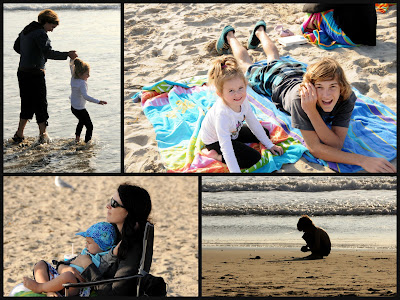 Email ThisBlogThis!Share to TwitterShare to FacebookShare to Pinterest
Labels: Vacations

There's something for everyone at the beach-- even in November! Great shots... I especially love he tourists.